I know a lot of us have been struggling during this weird time in our lives.  I for one had at the start of this thought ha this will be easy as I am a fairly solitary person and I spend a lot of time at home, but as the weeks went on I started to realise how often I just nip out for a ride go for a cuppa or see friends, and that’s when it hit me. I’ve struggled with my mental health before and I soon started to spot the tell tail signs creeping in again.

SO what did I do, well I’ve been working on planning a few trips abroad for when this is over, they are all a bit fluid but I have the basic ideas planned, but it wasn’t enough I was missing my bikes, there’s only so much you can do, I’ve put some reflective markings on my Triumph Tiger as that’s my touring bike, I’ve stripped the forks out of my Yamaha FZR400 to have them re-chromed as they were starting to damage the seals so an MOT failure soon, but it wasn’t enough I needed a project.  So after a few days searching online I found one on EvilBay (it’s evil, I always seem to spend money on it ha-ha ) It wasn’t what I had originally set out to buy in the way of style or size but it was a project never the less. 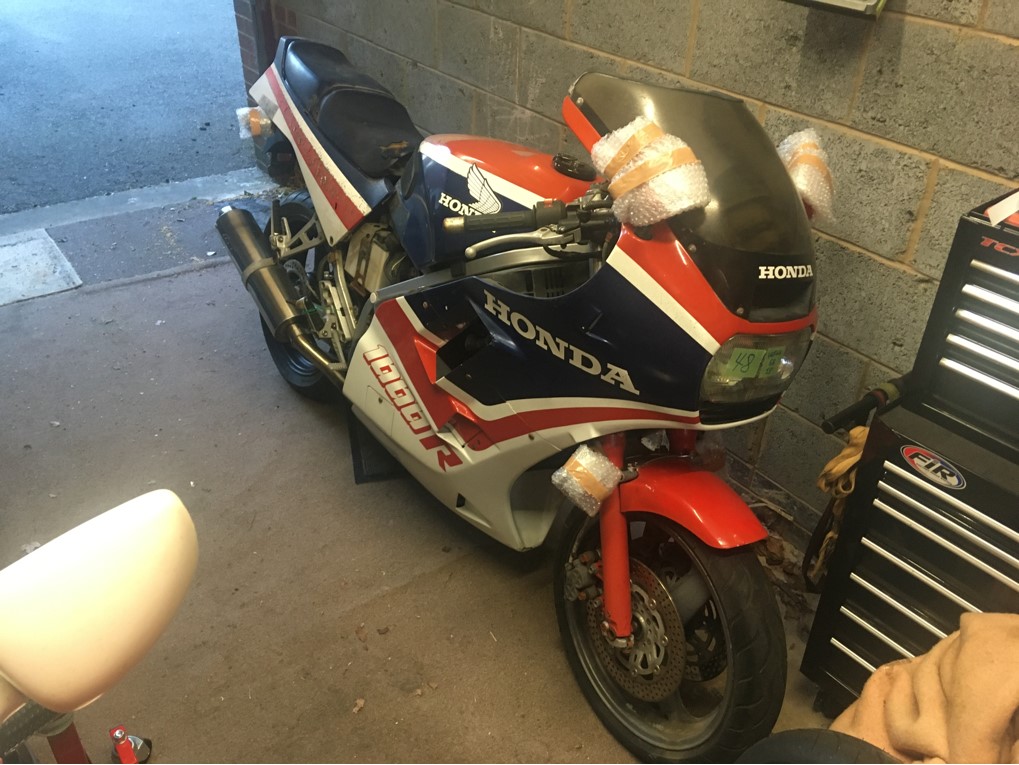 I bought a 1985 Honda VF1000R V4 sports bike, it was imported from Japan a couple of weeks ago. I am not sure of its full history yet as it was built as a European model so where it has been in Europe before I don’t know, but it isn’t registered here yet.   The bike was delivered to me late Sunday May 24th so I got it in the garage tucked up with the others, during the next week roughly 40 hours I stripped it down completely whilst taking over 400 pictures so I know what was where and how cables and pipes were routed.   The next job is going to be sorting all the bits that need to go for media-blasting and repairs, cleaning all the plastic’s, checking all the bolts nuts and inspecting the wiring. This is not going to be a quick job, but I now have a target as I have been told by a friend I need to take it to the Manx GP 2021, so just over a year to complete it. 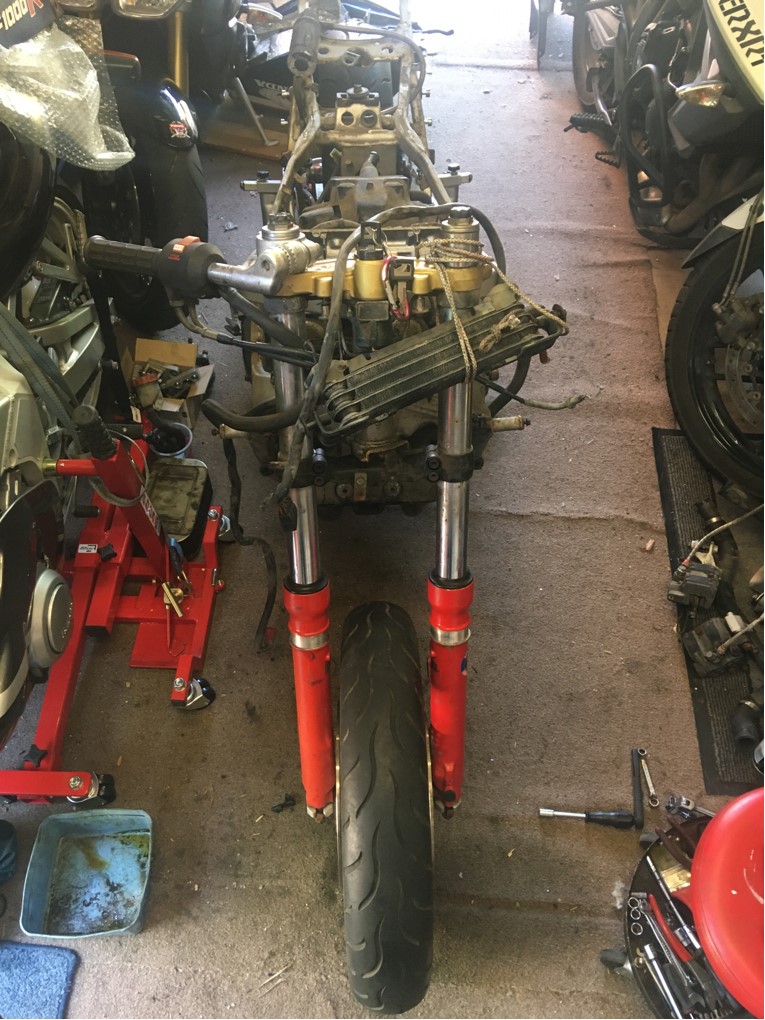 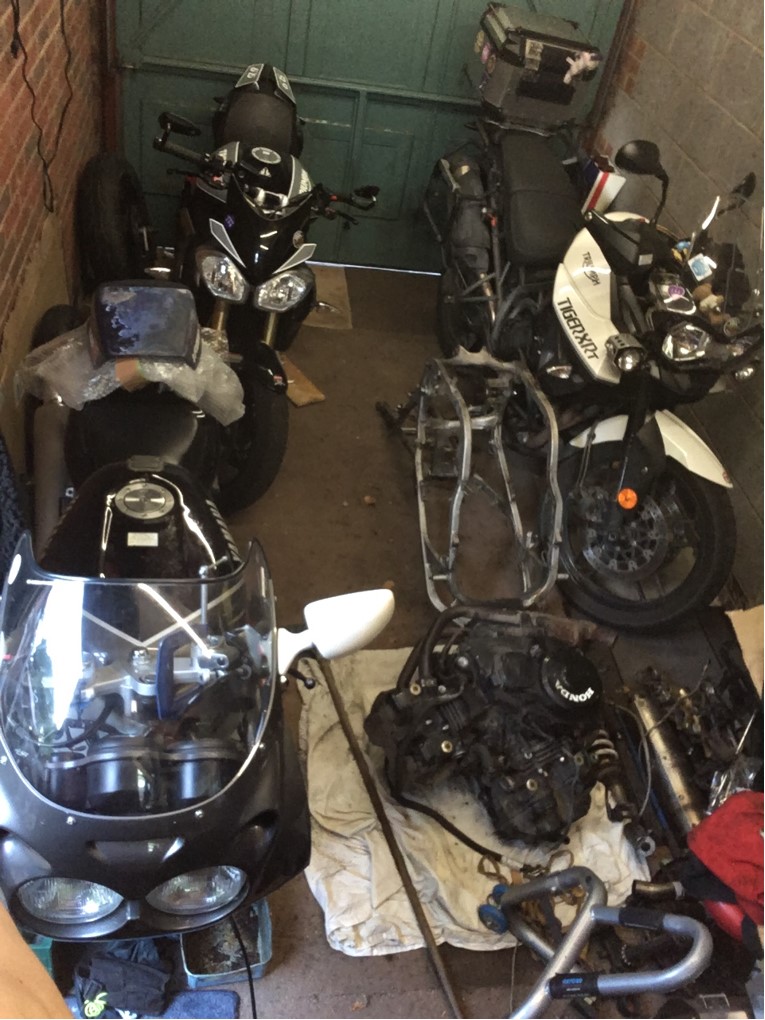 As for my mental health, yep I was right it had been going down, but having this project has been great, I’ve been getting up with something to focus on, and something to fill the hours in the day.  Which also means that things that had been playing on my mind have reduced or gone, it’s like the wind therapy when riding you are focusing on something and the silly things that you worry about that you can’t change or aren’t important are forgotten.

STAY safe ladies and happy riding when and where you can.