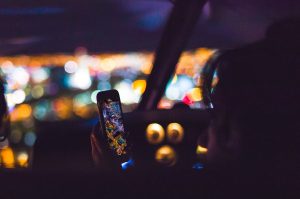 The government has confirmed that it plans to take action over a legal loophole that still technically allows the use of mobile phones while driving.

Current legislation on using mobile phones while driving, which came into force in 2003, has not kept pace with changing technology. As the law currently stands, using a mobile phone to make a phone call or text while driving is illegal but taking photo-graphs, accessing the internet and filming are not because the exact wording of the existing legislation only bans “interactive communication”.

As the BMF has previously reported, the Transport Committee has been critical of how rarely this law is enforced, noting that the number of enforcement actions had “plunged by more than two thirds since 2011”, and highlighted that that there were 773 casualties – of which 135 were serious injuries and 43 were deaths – in 2017 where a driver using a mobile phone was a contributory factor. The Committee also noted that the number of deaths and serious injuries under such circumstances has risen since 2011.

Commenting, Head of Road Safety at the Royal Society for the Prevention of Acci-dents (RoSPA) Nick Lloyd said: “Drivers who use their phones are up to four times more likely to crash. RoSPA highlighted this loophole in the summer and is delighted that such prompt action is being taken to ensure that all hand-held mobile phone use is to be prohibited, making our roads safer for all.”